« Back to Expert Articles

In the graphic design industry, illustration can struggle to find its natural resting place.

At one time, illustration was all there was to portray visual imagery. Before photography was available, Commercial Artists hand drew images from advertising material through to news articles. Even typography was hand drawn in most cases in advertising. 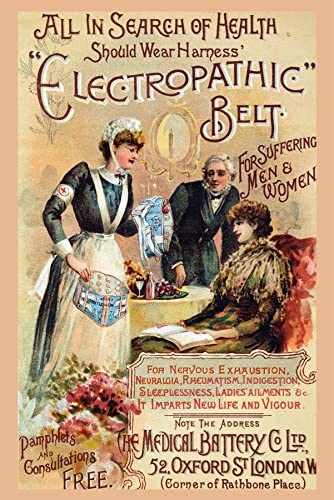 Of course, over time, the dependence of those highly talented professionals waned as photography emerged and printing processes developed. We are now in a very different world, with access to many options for creating imagery, both 2D and 3D with even the option of animation. Royalty Free Images and stock options have improved accessibility and made it affordable to find images for campaigns and projects.

So where does the rôle of the illustrator now fit in to this digital landscape?
Well, illustration has changed too. There is a vast diversity in styles and production methods, that simply did not exist in days gone by. Vector graphics software like Adobe Illustrator and pixel based software like Photoshop have enabled illustrators to create works of art digitally. The raw skills and talent are still required, of course, but the formerly restrictive execution and reproduction processes have been streamlined. Illustration, despite all of its changes over time, still serves the same purpose in the context of graphic design.

In the days of the late 19th and early 20th centuries, illustration was used to attract the attention of prospective customers. That is absolutely the same purpose that it serves now in the 21st century.
Sure, the styles have changed, but the rôle is identical. In fact, the commercial environment is unbelievably more complex now, than it was back then, so graphic design has a much more daunting challenge. In the design industry, or more specifically, the advertising industry, our goal is to get our message, product or service noticed and to stand out from the rest. This is referred to as the
‘cut-through’. That has never changed. Ever since advertising has existed, cut-through is the end game for the designer.

It is our job, as graphic designers, to catch the attention of the potential customer. To stop them in their tracks. We are then in a position to persuade them to read the advert, pick up the packet off the supermarket shelf or click the link. Once we have achieved that, our job is done. We have persuaded them to carry out that Call To Action.
This is where illustration has an advantage. The cut-through is far more likely to be achieved with a good illustration than a stock photo. Original art, in all of its forms, has always attracted attention.
If you don’t achieve cut-through, you have no chance of success with your campaign.
What’s more, a commissioned illustration will be unique. There will be no other like it anywhere and you will not see it used anywhere else.
The fact that you are reading this article, is probably because you were attracted by the cover illustration.

There are also situations where illustration is actually the only way to convey information. Infographics, diagrams, icons and explainers all require the unique talents of illustrators.
Illustration is an investment that must be treated as such and be calculated in any ROI.
Because an illustration is a commissioned work of art, it is significantly more costly than stock imagery, but the value it adds to a project or a campaign can far outweigh the expense. 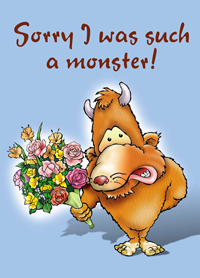 This illustration was used on a flower card which retailed at the equivalent of less than Au$1. However, market research identified that bouquest of flowers were purchased, particularly amongst men, for certain reasons.  This card was one of a set and it was positioned for sale in the luxury bouquet section of a well-known UK multi-national supermarket chain.

Those bouquets retailed at over Au$60.  So the lure was to buy the low cost, highly visual card which expressed the sentiment, then purchase the premium price bouquet to accompany it!

The investment cost to commission the illustration needed no justification!